Tadeusz Kościuszko came from a family of small landed gentry. After completing Knight's School - Polish Military Academy, he left for Paris to study engineering. He participated in the fight for US independence (1775-1783).

He supervised the fortification of West Point and contributed to the victory at Saratoga (17.X.1777). Back in Poland in 1784, Tadeusz Kościuszko settled in his home village of Siechnowicze. In the period of the Four-Year Seym, Tadeusz Kościuszko was the general of Royal Army. He participated in 1792 war against Russia; and later was awarded the newly-created Virtuti Militari medal for cooperation in the victory in the battle of Zielence. After the next battle of Dubienka, Kosciuszko became regarded as one of the most brilliant Polish military commanders of his time. After the king had joined the ranks of Targowica confederation, Tadeusz Kościuszko fled to Galicia and then to Leipz, where the emigrants started preparing an uprising against Russian rule in Poland. Appointed to the leader of uprising, Kociuszko set off for Paris, where he tried to gain French support for the planned uprising in Poland. Next, he went to Dresden, and in March, 1794 he headed for Cracow.

During the Uprising in 1794, Kościuszko was made the Commander-in-Chief of all Polish forces fighting against Russian occupation. After initial successes following the Battle of Raclawice, he was wounded in the Battle of Maciejowice and taken prisoner by the Russians, who imprisoned him in Sankt Petersbug

. In 1796 Paul I of Russia released Kościuszko who emigrated to the United States, where he stayed until 1798. Back to Europe , he took part in forming Polish legions in Italy. In 1806, Tadeusz Kościuszko met Napoleon I. However, he refused to cooperate with the French leader who could not guarantee the pre-partition borders of Poland.. In 1815, he met tsar Alexander I of Russia in Vienna but again, he avoided political engaging. From Vienna he moved to Solothurn in Switzerland where he died. His ashes were transferred to Cracow and interred in a crypt in the Wawel Cathedral. His last will was to free both the peasants from his Polish estate and the slaves form his American estates.

Based on School Encyclopedia of History WSiP Warsaw 1993 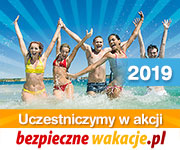